We are here! Moscow!

We are here! Moscow!

The recent Rubles drop really saved a lot on my travel budget to Russia; and while the weather still freezing cold with occasional flurries at the beginning of April, I finally hopped on the flight to my next destination – to Russia!!

It was my first time flying with Aeroflot, the Russian airlines of which their tickets are always a tag lower than any other fellow carriers. When I was on board, I was actually happy that the flight was not bad at all! The cabin was clean and passengers were offered with a nice pillow, disposable slippers, eye masks and a bunch of simple toiletries. Most importantly, the food – much better than some of the American airlines …

We flew from Hong Kong to Moscow. Surprisingly, for a carrier full of Hong Kong Locals, they were just going there for transfer, almost the entire “flight-pool” rushed towards the transfer gate to continue their European quest as we got off from our 10-hour flight, left us the minority that went through the customs for the Moscow journey.

I joined a Moscow Free Tour for the second day of my trip to Moscow and the guide told us that there are three must-sees (or must-dos) in Moscow, and I agree. 🙂

For the free tour, Moscow Free tour, which I bet should be very well-known as I saw a big group at the waiting spot in the morning when we arrived. The tour guide did give us an in-depth and interesting introduction of the most important sites and attractions in Moscow around Red Square. We kicked start at a statue in the Varvarka Street, and then we moved on to the Romanovs Chambers, arrived at the Red Square, and then the guide gave a nice narration for the St. Basil’s Cathedral, Lenin Mausoleum, the Senate Palace, and so on. Our journey continued after a short break in GUM the shopping mall and we walked towards the Kazan Cathedral to the Kremlin entrance where the tour ended.

All in all, this tour covers a great deal of Moscow classics, and travelers should (like us) definitely explore them one by one afterward!

When people were asked why the square was named “Red”, the idea of the red bricks on the Kremlin Wall, the red State Historical Museum, or even communism came up. In fact, the square was named ‘red’ because in Russian, ‘красная’ means either ‘red’ or ‘beautiful’. Of course, how could it not be? The square is entirely surrounded by significant Russian architecture – monuments, Lenin’s Mausoleum, prestigious department store, Saint Basil’s Cathedral, State Historical Museum, and the Kremlin … there were events and concerts held in the square sometimes!

p.s. Red Square @ night is NOT to be missed. The red square all lit up and it has a different kind of beauty – mysterious, quiet, and cooooooold …

Of all the ‘onions’ that existed on earth, I believe Saint Basil’s onions were the most iconic and memorable. Although basil typically tastes the best with tomatoes, the St Basil’s shined with 8 flamboyant onions popping around the tallest church in the center.

The uniqueness of its beauty was based on a legend that Ivan the Terrible, the Tsar who ordered the build in 1555, gorged out the architect’s eyes in order to prevent him re-creating the masterpiece elsewhere. Truth to be told, I think even the finest artists would find it impossible to replicate anything like this – it’s like Gaudi couldn’t even finish Sagrada Familia with his whole life, and da Vinci could only paint one Mona Lisa.

Now, the cathedral is not a cathedral anymore, it is a museum. I am not sure if it was the Kremlin or GUM that looked so massive, or it really was true; my first impression of the Saint Basil’s Cathedral was kind of …. tiny. Once I got into the museum it didn’t has a grand hall that most cathedrals had and instead, there were passages that connected us to different rooms of different churches. Each tower is a ‘church’ and technically, there is a total of 9 churches in Saint Basil’s  (the churches actually consisted of eight churches around the central core.). Anyway, the small size was made up with amazing frescos and valuable artifact on display. The museum has 2 floors – the ground floor is a foundation of the building and the churches are on the second floor.

Interesting, though, the layout of the cathedral was in perfect symmetry – a core in the center, four middle-sized churches built on the four compass points, and other smaller churches diagonally placed between the middle-sized churches. With multiple colors, size, and careful placements, the architectural wonder looks great and different in any angles and distance. 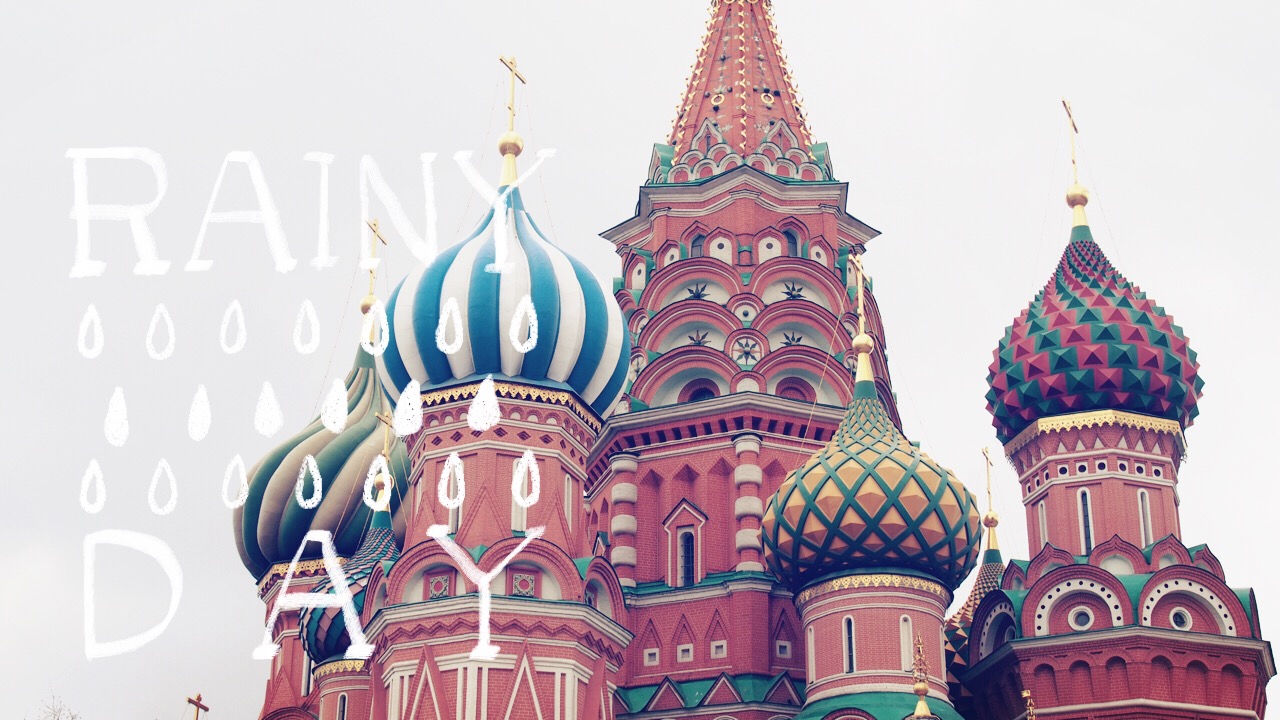 GUM, (The Russian looks like “rym” to me, all the time), is the department store that located right on the opposite of the Kremlin, and it has been nothing but enlightened the beautiful square. The entire department store is big and it has an impressive interior. The building is in 4 rows, and the staircases connected each row and floor like a maze. We didn’t spend much time shopping around the international brands, but we did have some quality time looking around in the higher-end supermarket on the ground floor, and a café lunch in one of the thousands of cafés in the mall.

GUM is outlined with lights like a Moulin Rouge. It looks completely different during the day.

8 Most Beautiful Subway Stations in Moscow

Famous for its beauty and elegance, the Moscow subway makes my trip to Russia…

Most Beautiful Churches with Onion Domes in Moscow

Russia, to me, used to be cold, closed and, mysterious. It seemed like the…