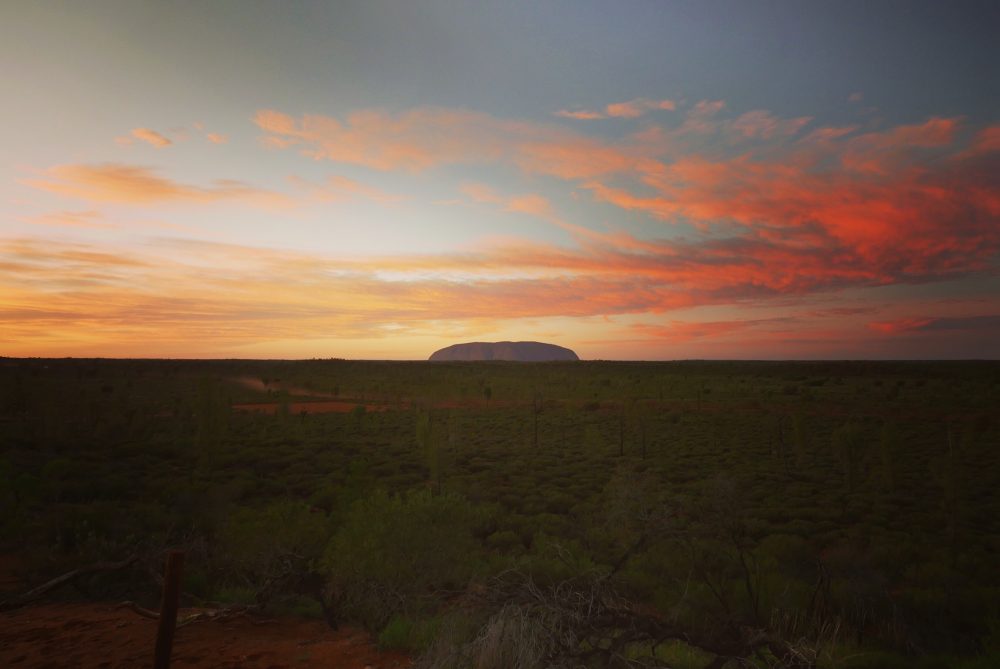 The interpretive base walk of Uluru was fulfilling. At one point I thought: “are we simply walk once around the rock and that’s it?” But there were caves, valleys, ancient paintings, ponds that had interesting stories about this giant wonder. It was not exactly a super-hot day but the sun made it difficult enough to walk around the rock without sunscreen and a hat. That’s why the walk of Kata Tjuta and Kings Canyon in the following two days were done by lunch in the morning. How the aborigines survived in such a harsh environment for thousands of years was amazing, and how they celebrated and thanked what they were given in the “center of the world” was admirable. After the base walk, we continued our learning path at the cultural center; Photography was not allowed in the learning center and the native’s history, culture, and beliefs were on display in different languages. The number of flies was overwhelming and it kind of annoyed me a little bit; it was nice to be indoor with air conditioning and we all got popsicles in the cafeteria to cool down. Before heading back to the camp for dinner, we were driven to the viewpoint and prepared to look out at the gorgeous sunset of the rock, as it changed colors with the sunlight at different angles and different times.

The next morning we woke up pretty early at 5am before the sunrise. It was because we were expected to see it with the beautiful Uluru. These are the hours before the flies were awake and we could have an “undisturbed” moment to appreciate the beauty of the area. It was incredible. A giant rock sat on the green carpet and nothing else. The colorful twilight was the canvas of the picturesque scenery. We all gasped in amazement when the sun rose from the horizon and it’s a celebration of another wonderful day.

Afterward, we wasted no time and set off to the Kata Tjuta for another hike. Kata Tjuta (or Olgas) maybe not as famous as Uluru (isn’t it lucky). The “Valley of the Winds” is also a sacred group of rocks within the Uluru-Kata Tjuta National Park. It was a group of 36 domes of rock formation consisting of various rock types including granite and basalt, and visitors are allowed to walk through the rocks!  Kata Tjuta and Uluru are geologically similar. In other words, they are like brothers and sisters but Uluru is much larger and single rock formation; while Kata Tjuta is a rock cluster (the rocks are still pretty big) though.

It’s called the Valley of the Winds for a reason and the narrow passage of the rocks was actually windy. Without ancient paintings, Kata Tjuta had some pretty nice sceneries. After we passed the narrow passage it was basically flat hiking trails with pleasant views to enjoy. The photos might explain a little bit ~ The walk took about 3 hours before we set off to our camp at the Kings Creek Station.

Once we arrived we enjoyed a little bit of pool time and cool drinks before we headed to our camp; No Internet. No gadgets. And, basically, no electricity. Yet we were quite busy settling down mingling with people in our group around the fire, preparing dinner and showering in an outdoor booth that has a perfect view of nature and a slim chance a wild animal would pay a visit to the occupant is naked. After a great night, we all tucked in ourselves in a swag (sleeping bag), gazed at the starry sky, and had a good night’s sleep under the Southern Cross.

Anything to see and do in Alice Springs? 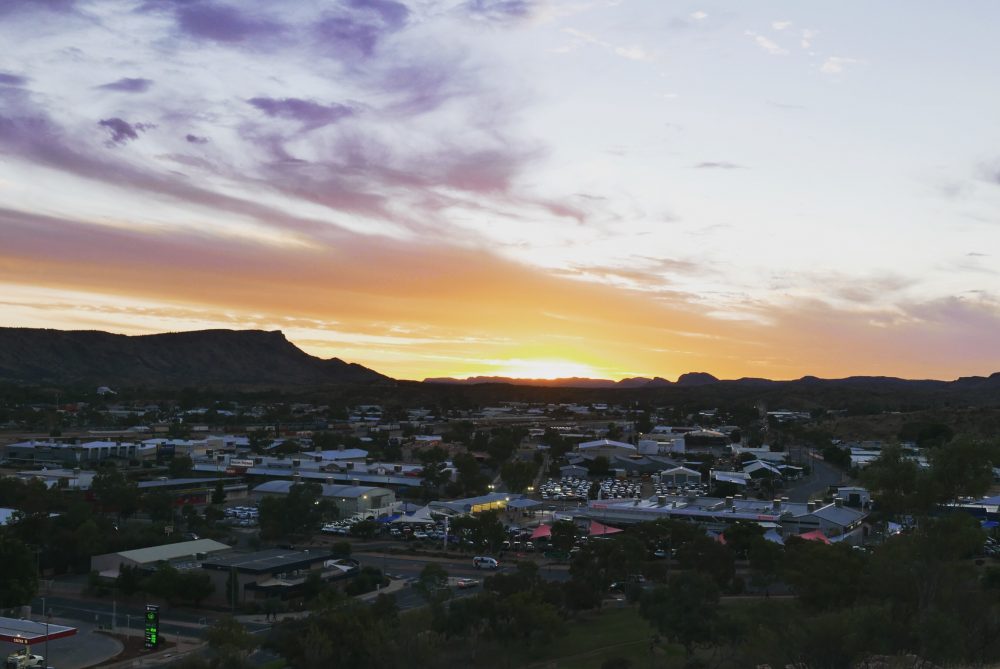 It all happened before our way outback experience. We arrived in yet another Australian town that is basically in the middle of nowhere. But still, it has everything – a hospital, library, supermarket, bars, and Chinese food :P. One place of interest would be the Lions Walk. A trail walking up the Anzac hill, a short hilltop that overlooks the town and an excellent viewpoint of sunset. We took our time in the supermarket shopping for local food and products – Pauls Ice coffee is one of my favorite and they have lots of choices; Australian Jams, beers, and candies that are a good souvenir for friends at home.

The Rock Bar was a great place to hang out with some good music as well. 🙂

Uluru: The Belly Button of the Earth

Dec 9 · 9 min read
Holy guacamole! You should check in on some of those fields below.